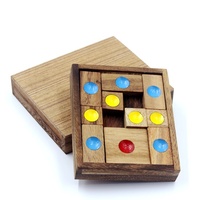 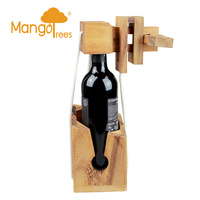 Notify me when back in stock

Be The First To Review This Product!

Help other Mango Trees Australia users shop smarter by writing reviews for products you have purchased.

Escape The puzzle is inspired by a Thai epic romance based on the folklore of two men, the comedic but scheming squire, Khun Chang and the heroic but womanising warrior, Khun Phaen, during the Ayutthaya period (roughly between the 14th and 18th centuries). Childhood friends and later competitors, the story follows their tragic love triangle with the heroine named Wanthong. The ensuing troubles land Khun Phaen repeatedly in jail, as he plots his escape…

Khun-Phan is represented by the large square, and his guards are represented by the other pieces. The object is to deftly allow the Khun-Phan piece to escape through the opening on the bottom of the frame without lifting any of the pieces off the board. The expert puzzler can complete the task in 16 moves 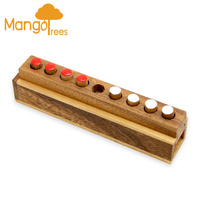 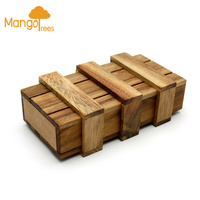 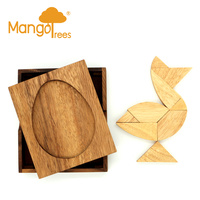